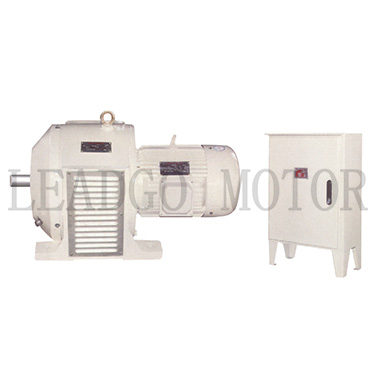 This speed regulation device can evenly and continuously step less adjust speed in regulated adjusted speed range and output rated torque. When the device is running, for the load changes, it can automatically adjust the coupling magnetizing current by means of speed negative feedback system in the speed control cabinet to make the speed of output shaft remain unchanged. Compared with other methods, this method of speed adjusting is more simple, economical and reliable.

The advantages of this speed control device are as follows:

1．No uncontrollable regions, it can adjust speed at no load.

7．The price is lower than other speed adjusting equipment.

Because of the excellence performance of this speed adjusting device, it has been widely used in industries as coal gas layer development, oil, textile, paper, cement, plastic, rubber, fiber, sugar refining and other industry sectors.

Have any Queries? Let us know. We will clear it for you at the best.